A district with heart... developing minds

This bond ensures students have the opportunity to learn in a safe, up-to-date environment, and preserve school facilities as long term assets.

Dayton is a growing community that values a strong educational system with a rural sense of caring and teamwork, and therefore has been supportive of their schools which have an enrollment of about 1,015 students. The buildings were built in 1936, 1950, 1969, and 2010. Bonds approved for infrastructure improvements in 1999 and 2009 increased capacity, which improved the educational offerings.

While District staff prioritize maintaining current facilities so that they are safe and productive learning environments, many structures are in need of significant repairs and maintenance that cannot be accomplished within the regular operating budget. The District will use the bond funds and grants to finance basic large-scale repairs, remove safety hazards, and make schools more energy efficient which will reduce facility operating expenses and allow more funds to be spent on education. 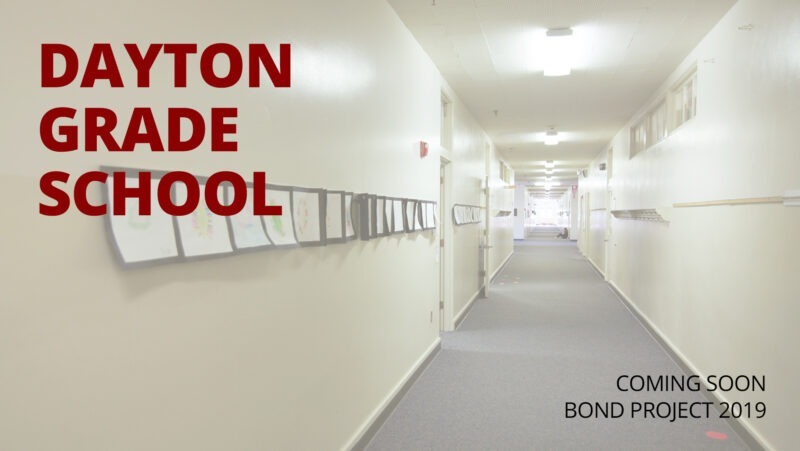 Current Activities
During the month of April, continued removal of hazardous materials progressed followed by demolition of mechanical, electrical, plumbing, (MEP) and structural elements. In addition, rough framing and MEP rough-in began at the administration area and south classroom wing. At the south wing, where dry rot was previously discovered, re-framing and repairs of the damaged areas were completed. In addition, roofing removal and re-roofing progressed. Furthermore, the seismic upgrades at the Grade School began with the installation of new plywood sheathing for existing wood walls, selective window infills, and hold down devices where required.

Activities Scheduled for Next Period
Next period, after completion of asbestos abatement, demolition will begin in the Office, Library, and classroom spaces in the south wing.

Highlights, Challenges
The highlight was rough framing and mechanical, electrical, and plumbing rough in proceeded on schedule. 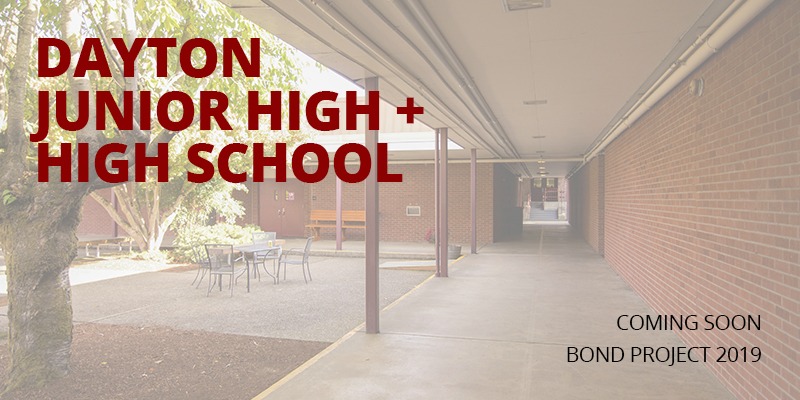 Current Activities
During the month of April, hazardous materials abatement continued along with HVAC, electrical, and structural demolition. Rough framing proceeded in the Music Room which will converts the space from a theater style configuration to an ADA accessible area. In addition, rough framing began for the Main Office, Vestibule, Career Center, and Conference Room. At the exterior, excavation began for the new ADA ramp at the main entrance and underground boring was completed to provide a pathway to connect the New Gym to the fire alarm system at the JR.|SR. High building.

Activities Scheduled for Next Period
For next period, rough mechanical, electrical, and plumbing will begin.

Highlights
The highlight for this period was progress of hazardous material abatement and demolition.

Stay up to date on the latest program updates!